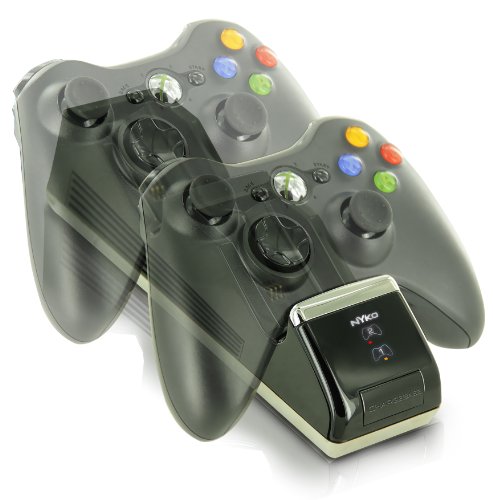 Conveniently store and charge two Xbox 360 Wireless Controllers with Nyko’s Charge Base 360. The Charge Base 360 comes with two custom NiMH rechargeable batteries that feature special contact points allowing for an easy drop-in and charge power solution for your wireless controllers. The dual port recharging dock is AC powered, and plugs into any standard outlet, requiring no cables back to the 360 console. Each rechargeable battery powers the wireless controller for up to 25 hours, and charges a single battery in 2 hours, or both batteries simultaneously in 4. The Charge Base 360 is the ideal charging solution for all Xbox 360 owners.