Pilton’s Moon / Vengeance Is Mine

Pilton’s Moon / Vengeance Is Mine 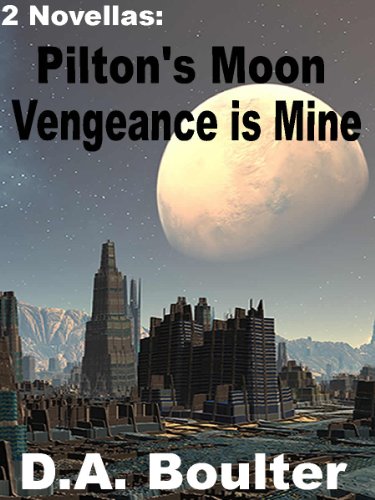 PILTON’S MOON: Brendon Kinso has come to Tarlton’s World to bury his brother. From his first step on the planet, Kinso feels hunted. He hires Callie Torbold, a local detective, to discover the validity of this feeling. Now both are on the run, and to survive they must solve the mystery of Pilton’s Moon–the war which took the lives of every man, woman and child on that mining colony. And to do this they must deal with the Tswentap, the spider-like race which perpetrated the massacre and has no love for humans.

VENGEANCE IS MINE: The Vocem never wanted humans in space. A sudden and overwhelming attack wipes out the Earth Fleet–except for ‘Candlelight’, an undermanned and crippled scoutship captained by Lt. Carlton Voss, whose love died in the attack. Voss swears vengeance.

Flying his ship straight into another war, he becomes a hero to an unknown species. He decides, against the wishes of his crew,

Related For Pilton’s Moon / Vengeance Is Mine

The Book of Tea