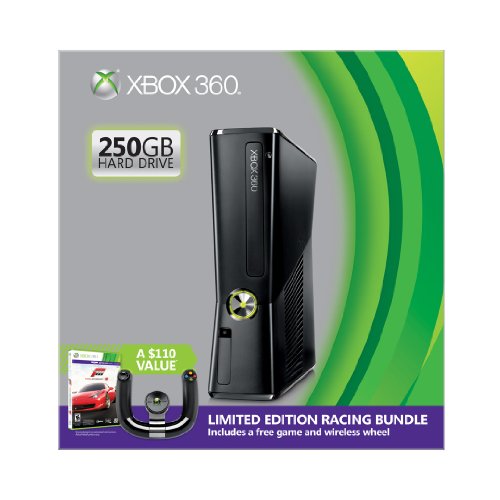 Xbox 360 has more ways to play, and now for a limited time get Forza Motorsport 4 and a Wireless Speed Wheel. With the largest portfolio of games to choose from, there’s something for everyone — from classic titles to the biggest blockbuster games. The spacious 250GB hard drive gives you the space you need to store arcade games, movies, demos and even full Xbox 360 games. Plus, with built-in Wi-Fi, it’s easy to connect to Xbox LIVE to access tons of great entertainment* — from HD movies and TV shows to live sports.Included Accessories Xbox Live headset, Composite AV cable and AC power adapter.