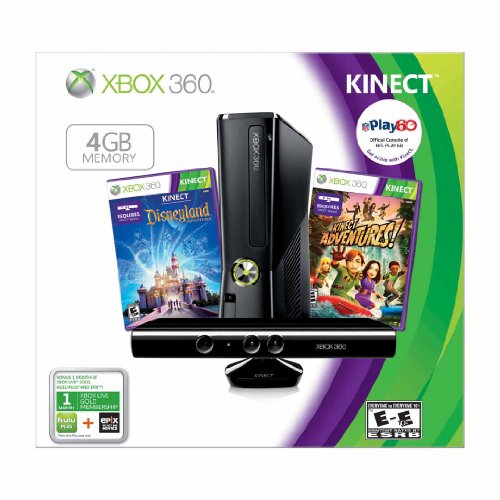 Xbox 360 has more ways to play, now with two Kinect games and a one-month trial for Hulu and Epix included for a limited time.